• Teaching, in the context of the OCUFA awards, embraces virtually all levels of instruction – graduate and undergraduate teaching, continuing education and faculty development. Similarly, proficiency in teaching may extend well beyond the classroom, the laboratory or the faculty member’s office. Activities such as course design, curriculum development, organization of teaching programs and other significant forms of leadership are often important contributions to the instructional process. Those who excel in any of these are eligible for the OCUFA Teaching Awards.

• Academic librarianship, in the context of the OCUFA Awards, embraces all aspects of librarianship that contribute to the scholarly achievement of all members of the university community. Activities such as development and delivery of services, provision of educational materials, collection development and management and other contributions to academic librarianship are important to the intellectual functioning of the university. Those who excel in any of these are eligible for an OCUFA Academic Librarianship Award.

Recipients of OCUFA Teaching and Academic Librarianship Awards are guests of OCUFA at a special awards ceremony, where they are presented with a citation and gift to commemorate their achievement. OCUFA pays accommodation and travel costs from the home university for each recipient and a guest to attend the awards ceremony.

The nomination process for OCUFA at McMaster is currently being updated with MUFA. The call for OCUFA nominees is generally distributed in December with nomination packages due in May.

McMaster’s recipients of the OCUFA award are: 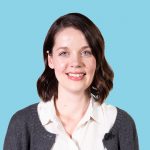